What is an English golden you may ask?

These are golden retrievers. They are not a separate breed than the more “golden” colored retrievers you see. In fact, just because ours are lighter colored doesn’t necessarily in itself make them “English” Goldens. Many European Goldens can also have darker coloring. The difference you see in “English Goldens, should be, in fact that they are bred to FCI/EUROPEAN standards, which allows for a lighter color than the AKC standards. Also, they tend to have shorter legs and a stockier build than most “American” bred/standard Goldens. At Golden Cellars we strive to stay true to the european standards.  There is also research that suggests that European/English Goldens have less cancer and longer life expectancy.
Please see chart below published by The Bearden Pack. All of this research has been taken from American Kennel club, UC Davis, Golden retriever club of America and The Kennel Club. 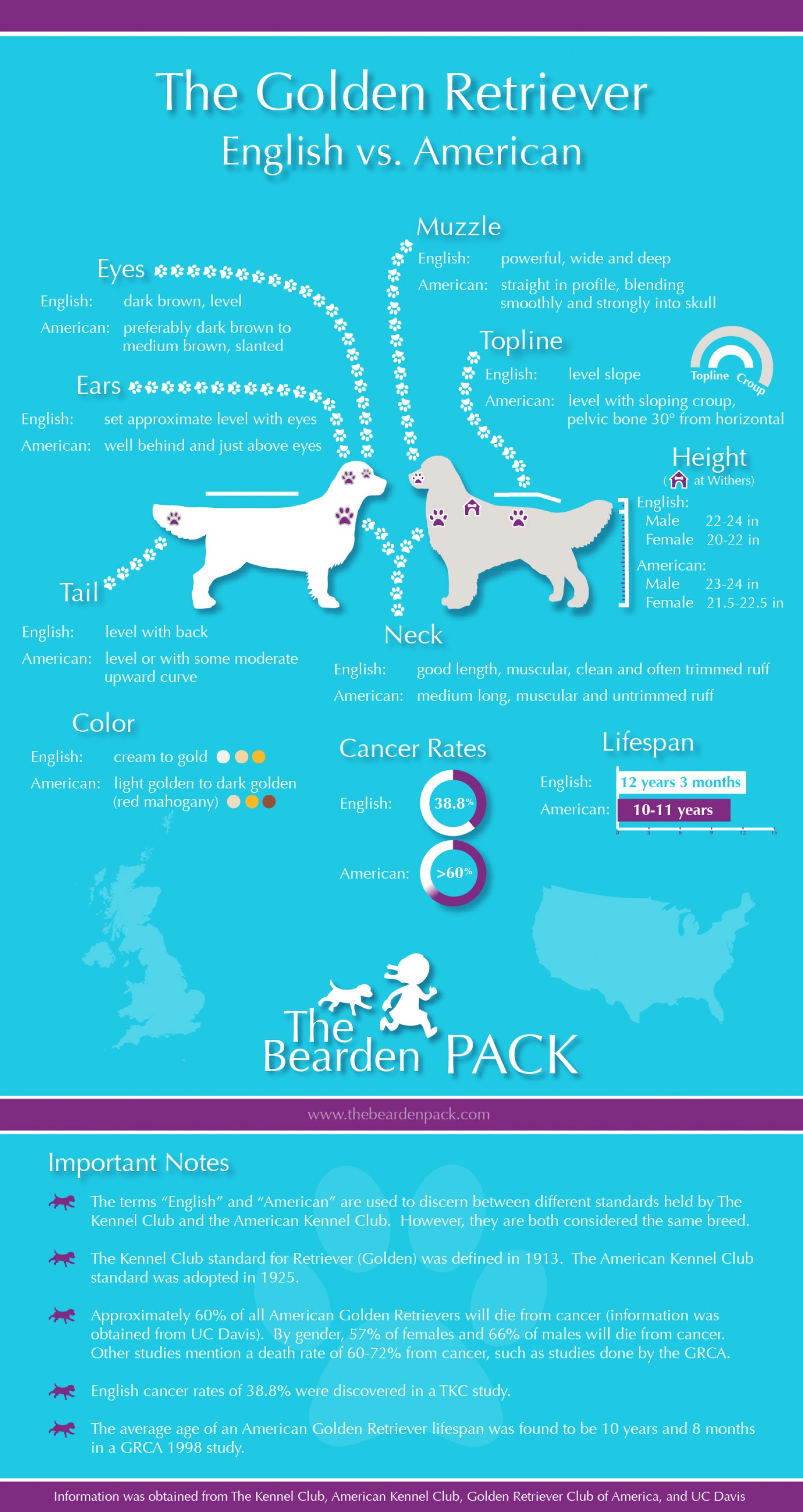